Feel free to contact Filipino immigration lawyer, Carlo Borja, should you need assistance in applying for parole under this program. 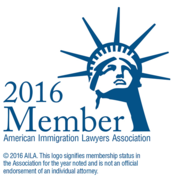 Call us for a free consultation: